Charity law experts have criticised the level of Charity Commission guidance for volunteer trustees, saying it places an “undue burden” on them and may discourage people from taking up the role.

The concerns are outlined in the Charity Law Association (CLA)’s response to a House of Commons’ Digital, Culture, Media and Sport (DCMS) Committee review, which is looking at the Commission’s track record since the appointment of its chair Baroness Stowell two years ago.

Over this period the regulator has investigated a series of high profile scandals facing charities, including Save the Children. It has also produced a number of guidance documents for trustees, including recent advice to large charities on lessons to be learned from governance failures at the RNIB.

But the CLA, which is the professional body for lawyers who advise the charity sector, is concerned that the level of guidance is too onerous for volunteer trustees.

“We recognise it is a significant challenge for the Commission to produce guidance that is clear and easily understood by lay trustees,” states the CLA’s response.

“However, we are concerned that the volume and tone of the material that trustees are currently expected to read, know and apply places an undue burden on volunteer trustees and may discourage individuals from becoming or continuing as trustees.”

It wants to ensure that guidance does not put charities off being innovative and deterring their “responsible risk taking”.

The CLA welcomes a focus on voluntary sector wide learning from action taken against charities.

But it adds: “We are concerned that inquiry outcome reports can appear to set unachievable standards of perfection for trustees with the benefit of hindsight, without always recognising the practical challenges that the trustees may have faced at the time, nor explaining what could have been done differently to achieve a different result.”

Concerns that the Commission is underfunded are also raised by the CLA in its response. It says that funding cuts since 2010 have “continued to have a substantial impact” on the Commission’s “legal work with charities”. 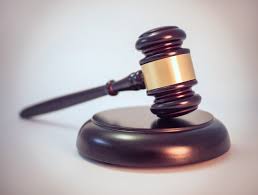