A married couple who held trustee roles at a dog rescue charity have been disqualified for living in the charity’s property rent-free and using charitable funds to pay for personal items such as holidays.

An investigation by the Charity Commission revealed the former trustees – a married couple – of the Chichester and District Dog Rescue Society had withdrawn £316,120 in cash from the charity’s bank account and were living for free in the charity’s property.

Just 40 per cent of charities are fully compliant with fundraising reporting requirements as set out by the Fundraising Regulator, new figures have shown.

Under the Charities Act, charities are required to provide a statement on fundraising in their annual reports, prompting charities to show how they are protecting donors and the public from poor fundraising practices.

Regulator to probe into concerns at footballers' charity

The Charity Commission has opened an inquiry into the Professional Footballers' Association charity after concerns were raised about the relationship between the charity and its trade union.

The regulator opened a regulatory compliance case into the matter in November 2018, and has since launched an official statutory inquiry - the regulator's most serious intervention - to gain an insight into whether there is a conflict of interest in the charity's relationship with its trade union.

Charity finance in 2020: Will it be the most challenging year yet?

What does the year ahead have in store for charity finance departments, and does it have the potential to be the most challenging year yet?

With about five million visitors to our palaces a year along with success in fundraising, income from retail, functions and events, catering and sponsorship, our annual income which is in excess of 100 million pounds, means that HRP can designate increasing funds towards the running and project costs of the organisation.
View Job
Trustee
Posted by Sound and Music

The UK’s leading organisation for new music is looking for an exceptional candidate to join our dynamic Board of Trustees. We seek candidates passionate about contemporary culture and willing to provide support and challenge to the Chair and Chief Executive to ensure that Sound and Music achieves its ambitions in encouraging creativity, cohesion, innovation and new ideas through new music and sound. In particular you will support us in shaping Sound and Music’s strategy for 2022 and beyond.
View Job
Trustee
Posted by Manchester Pride
Manchester Pride, the charity which exists to help celebrate Lesbian, Gay, Bisexual and Trans (LGBT+) life across Greater Manchester, is looking for new Trustees to join its Board
View Job
Governor (Investment Experience)
Posted by

The Legal Education Foundation (TLEF) believes that the law plays an essential part in supporting civil society, economic development and democracy. Our vision is of a society where everyone understands the role and value of the law and has the capability and opportunity to use it to ensure their rights, and to fulfil the obligations that accompany these rights.
View Job
Trustee
Posted by Camphill Village Trust 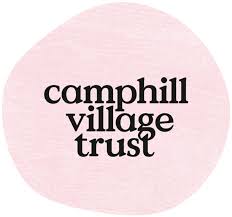 The Trust has been through significant changes in recent years and we are seeking a new Trustee to join our progressive Board and help us further strengthen our governance and deliver our recently refreshed strategy.
View Job
Charity Trustees Sought
Posted by aspens
Do you want to make a difference? Do you want to share your expertise? Are you looking for a new challenge? If so, you may be just the person we are looking for.
View Job
View All Jobs
Other News Stories...

People who give their time to charities are more satisfied than those who volunteer for public services, such as hospitals, libraries and schools, new research has revealed.

Oxfam’s 2019 Christmas sales hit highs not seen since 2011, despite a challenging year for the charity and for the high street.

Trusteeship in 2020: Time for a governance change?

With governance structures under increasing scrutiny, what should trustee boards be taking into consideration in the year ahead?

Just 40 per cent of charities are fully compliant with fundraising reporting requirements as set out by the Fundraising Regulator, new figures have shown.

Under the Charities Act, charities are required to provide a statement on fundraising in their annual reports, prompting charities to show how they are protecting donors and the public from poor fundraising practices.

The government is longing for a ‘shared vital mission’ with the third sector. But is the lack of trust and tightening of regulation causing a more obvious divide?

A question of data

The incoming General Data Protection Regulation will change how data can be used, but few are prepared

Volunteering for a healthy mind and body

Are you harnessing the power of social media?

Social media can boost brand awareness, act as a tool for fundraising and increase donations, but one size doesn’t fit all.

There is still a stigma around mental health, preventing many senior charity leaders from acknowledging it within the workplace. But it's time to start opening the conversation.

The 2018 Charity Times Annual Conference set out to provide delegates with insights into how key decision makers can work to lead their charities through difficult times, whilst taking the opportunities that present themselves.

Time to blow the whistle

Insider fraud is on the rise among the charity sector, but encouraging a culture of whistleblowing among charities could be the key to improving sector-wide resilience.

The ‘WannaCry’ global ransomware attack this May brought cybercrime into the limelight, affecting thousands of organisations. As a result of the attack, the Charity Commission said the third sector had to do more to protect itself. What more can charities do?

Interview: A place of safety